Koh Mun Nai: A Pitstop for Birds and Birders

Such a small, seemingly insignificant island rising out of the sea would not expect to hold many terrestrial life forms, especially birds. However, though that is largely true of resident species, a temporary ‘ringing station’ and a steady stream of Thai birders over the past decade has managed to produce a checklistof 172 species for the island, of 1,074 species recorded in Thailand.
‍ 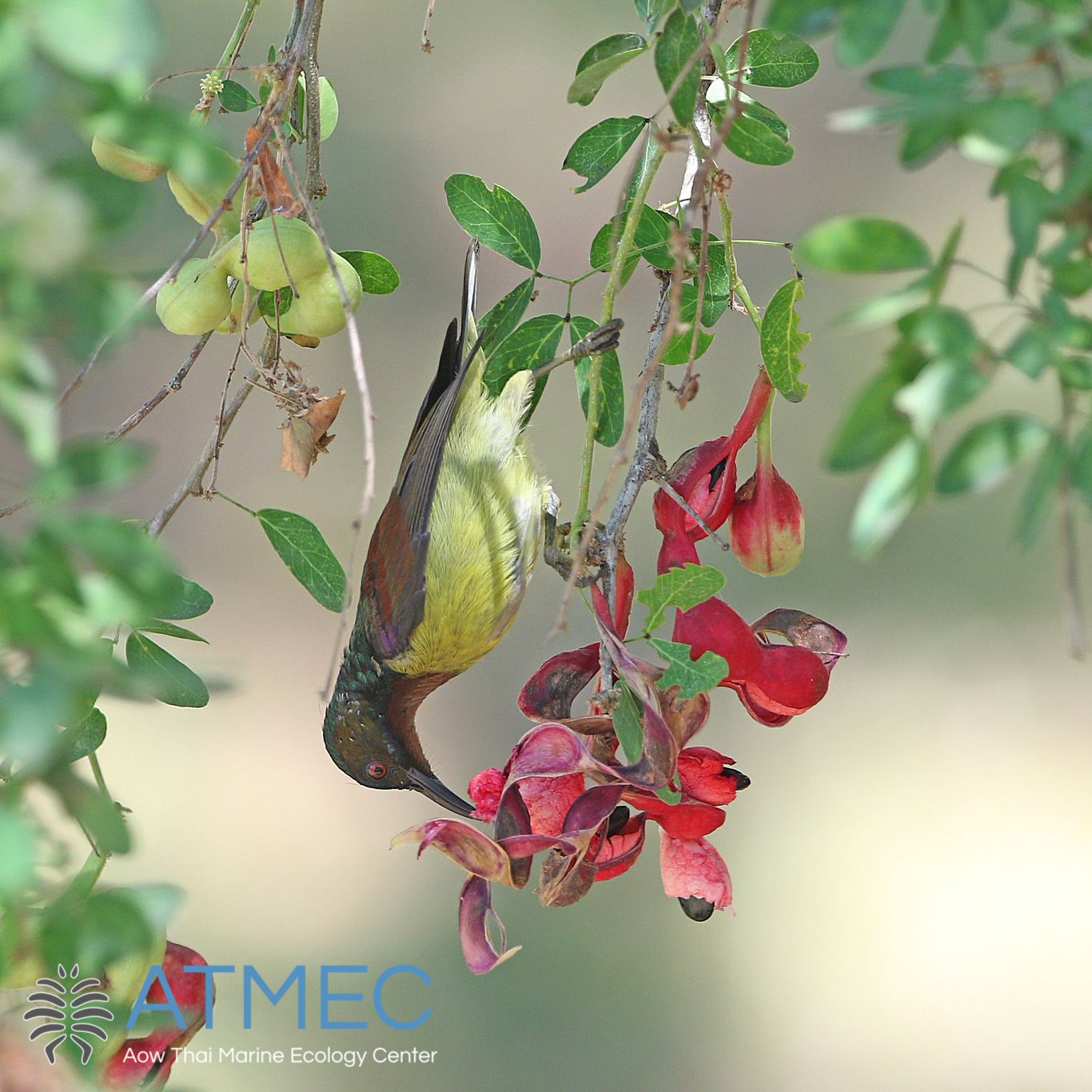 During the spring season, when birds are leaving their wintering ground in Sundaland (Thai-Malay Peninsula, Sumatra, Java and Borneo), they are attempting to do so as fast as possible so they defend the prime territories on their breeding grounds further north – anywhere from Northernmost Thailand up to Siberia even. They have to time this perfectly, to arrive before their competitors but also not too soon, otherwise the cooler late spring temperatures mean food sources may not yet be available. To make migration as short as possible, birds are looking at cutting corners – why fly round the Gulf of Thailand when you can fly over it? What’s the shortest distance between Borneo and mainland Southeast Asia? To perform these routes, many birds need to ‘island-hop’, to reduce the time spent expending energy in the air, and if their fat reserves are sufficiently low, many perish at sea. This is where Koh Mun Nai is so important for many migrant species. The island, part of a tiny archipelago is the first port of call for these tired migrants. We’ve found many exhausted birds even at ATMEC’s front door that haven’t quite made it, or needed some shelter and TLC before managing to regain the strength to continue on their journey.

The Spring migration period starts at the end of February, peaking by mid-April before falling off with some stragglers still passing through at the end of May. The summer months are not only very hot, but also pretty birdless, with just a small number of resident birds clinging on during this period. The autumn passage is still very much an unknown quandary, though some effort was made this autumn, bringing perhaps more species than would be exacted, primarily in November. Bird Conservation Society of Thailand, the country’s Birdlife Partner, and one of Thailand’s longest, most well-known conservation NGO’s have been monitoring the Spring passage for over a decade here, and also have an MOU with the DMCR, signed on the same day as ours.
‍ 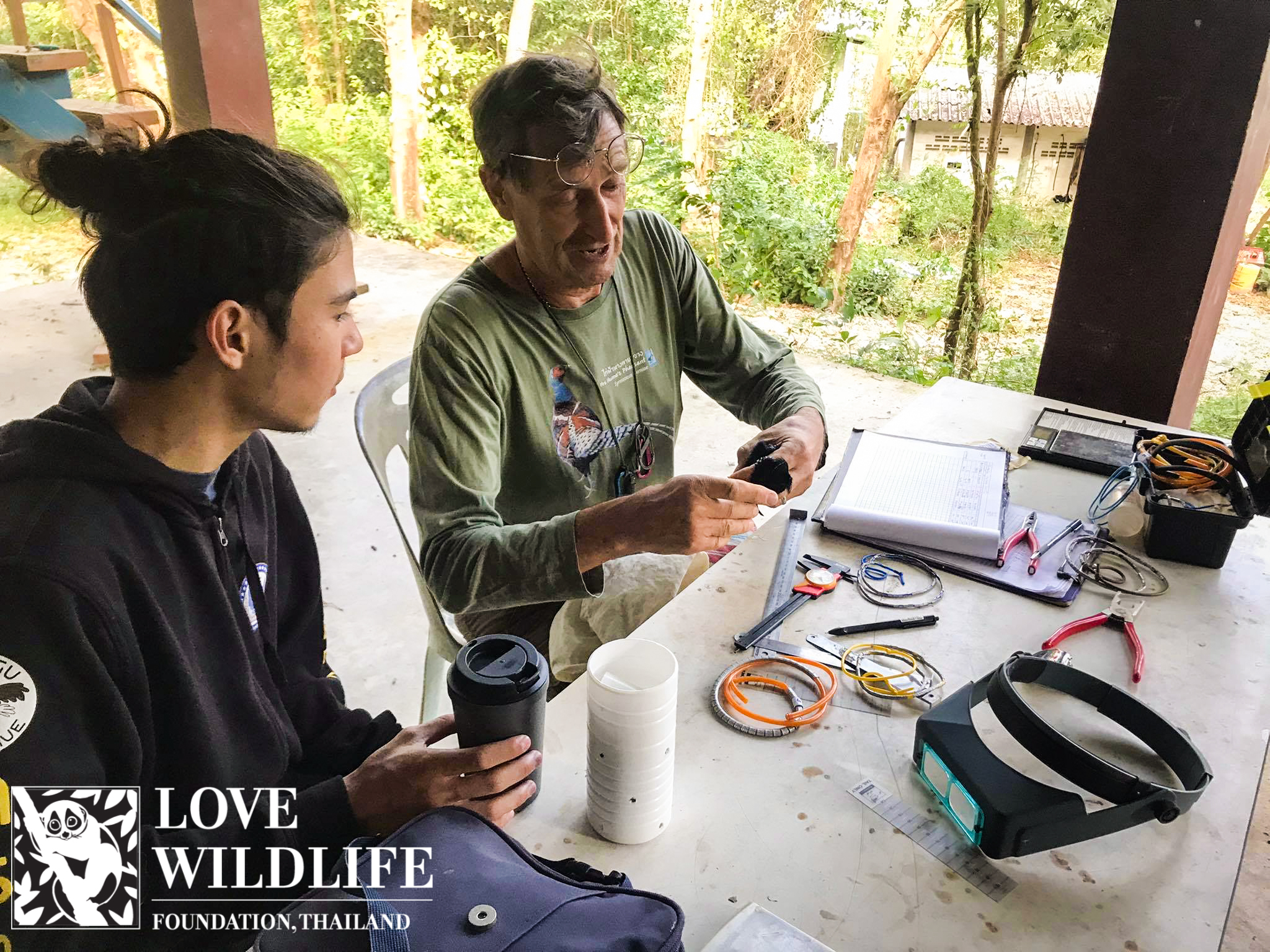 The temporary ringing station here is to record, study and monitor the species passing through the island, in many respects, much like our work below the surface. For those unfamiliar with ‘ringing’, here is a passage from the British Trust for Ornithology:

“Ringing aims to understand what is happening to birds in the places they live and how this affects population increases and decreases, this knowledge is vital for conservation. It also gives information on the movements individual birds make and how long many live for.”

For an idea of what kind of species are handled on Mun Nai, a ringer created a blog post about his activities under the tutorage of Dr. Philip Round from Mahidol University, who started, and continued the ringing acitivites on the island. The island also receives a number of birders visiting the island, wanting to experience migration, and possibly finding rare birds that they might not have previously seen in Thailand. With the newly-arrived birds being tired, they can often be more much approachable than usual, offering unrivalled views. This also attracts the third type of bird observer – bird photographers.

What birds are you likely to see? Well, even on the boat journey out from the mainland you’ll notice birdlife before you’ve even laid eyes on the island as there are usually a few terns accompanying the boat, a largely oceanic group of white species that are in the same family as gulls – note for the international visitors gulls are not present here, so anything white here is a tern. As the boatmotors through the sea, the water disturbance can bring food up towards the surface so the terns are taking a chance of an easy meal. This is when you can even have a go at making some identifications as the birds are usually close enough. The elegant snow-white Black-naped Tern is easy to identify being the most likely, with all white wings and a black cap. They are resident on these islands, breeding on the rocky outcrops just above the surf. Then there are the migrants, not appearing as pure white are the Common Terns, slightly larger and with black outerwing feather; Whiskered Terns are noticeably smaller, and greyer, especially on the rump and tail with a different feeding action – lower to the water, and just skimming the water surface for prey, not diving like the others. Then, finally right at the back of the flock you might notice the much smaller, shorter tailed Little Tern. These guys tend to fly a bit higher and plunge-dive – hence hanging at the back, being able to dive deeper into the water.
‍ 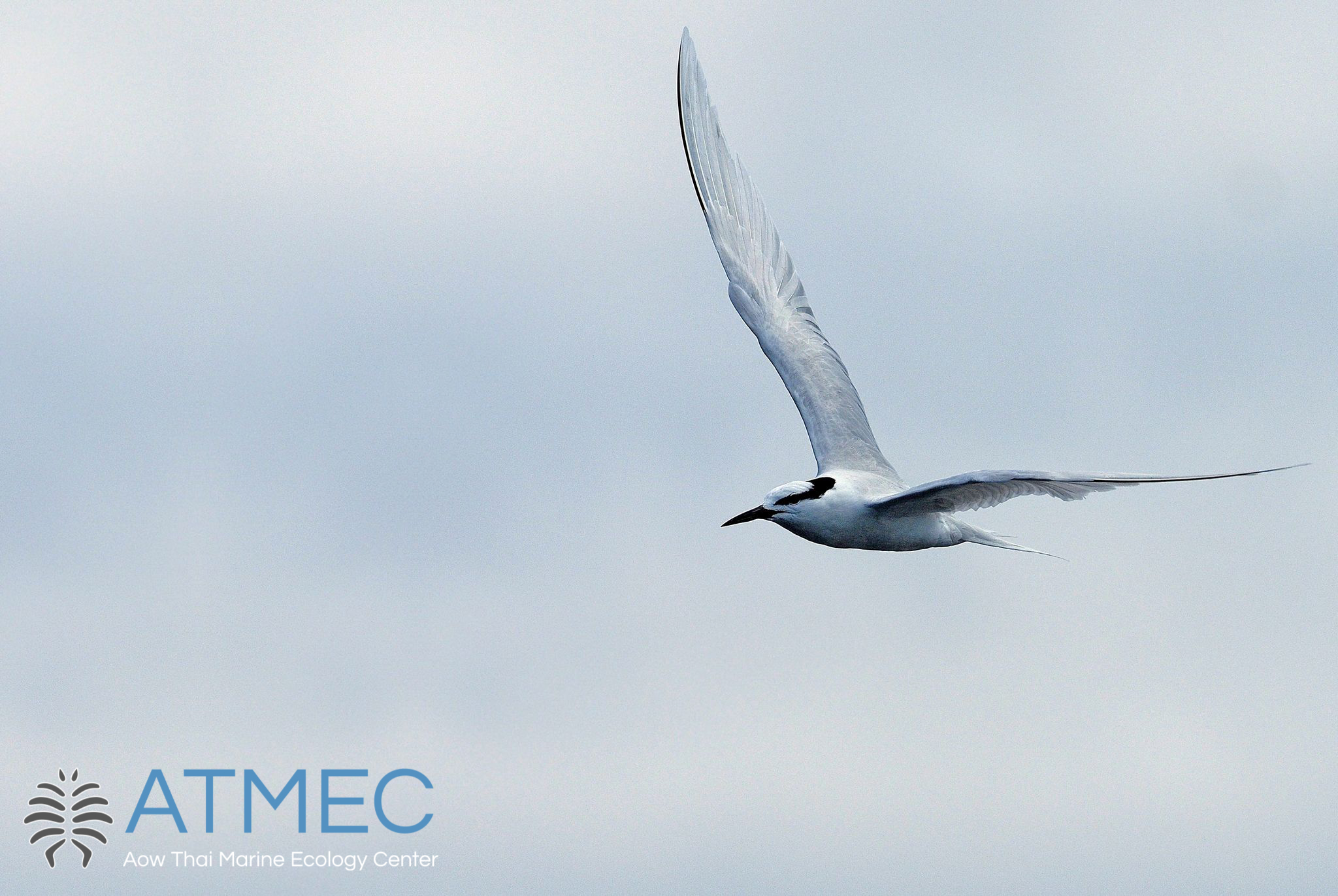 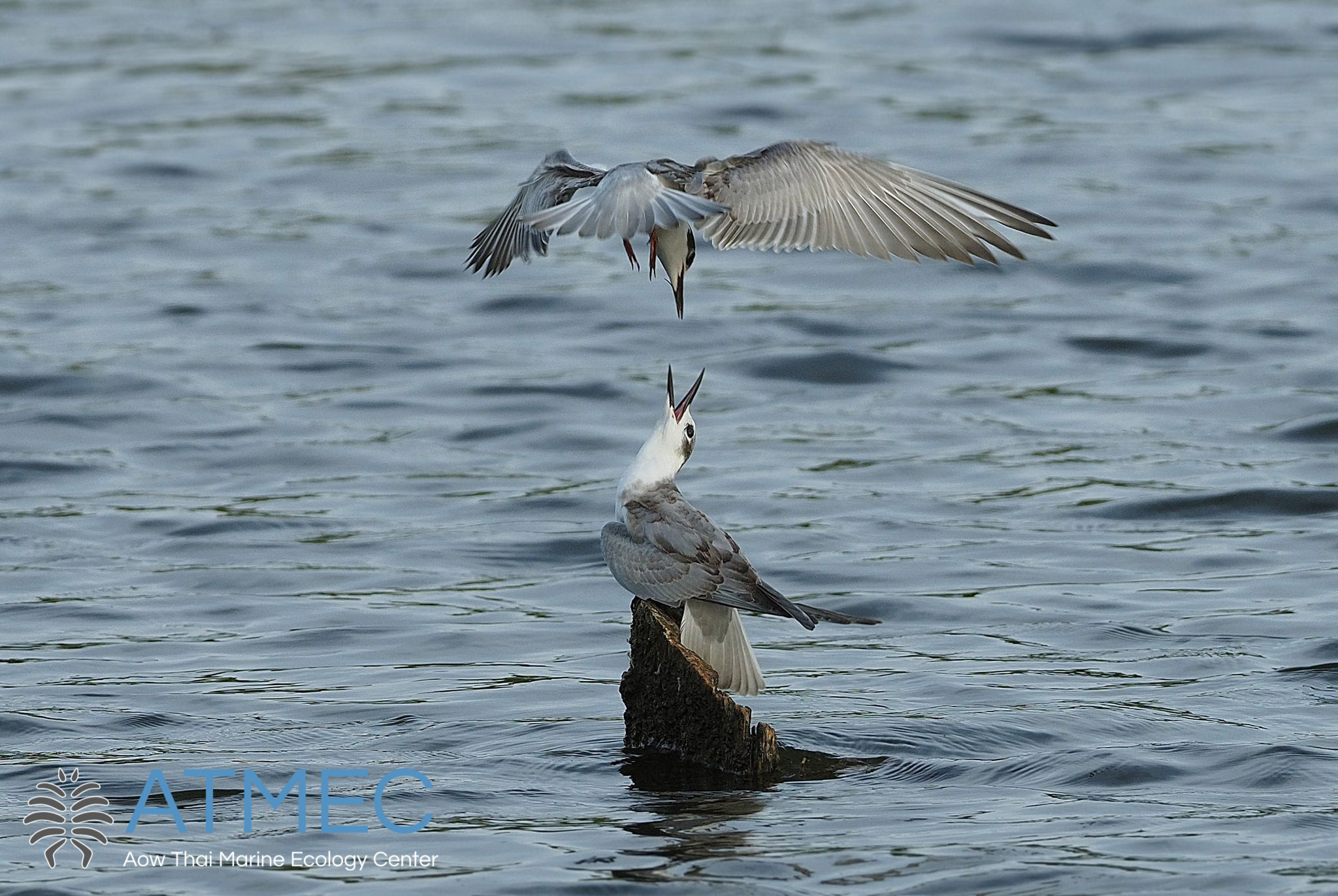 On the island, a rich short whistle is the Mangrove Whistler, a coastal specialist, found on these small islands. The song more than makes up for its rather dour appearance. Around the accommodation the Sunda Pied Fantails are usually around, bringing a bit of Bangkok city birdlife to the island, and likewise the Olive-backed Sunbird is usually squeaking overhead, and feeding on the surrounding flowering trees and plants.
‍

If you have a camera and photograph any species, please do send it into us here, and we can identify it for you – the more records we receive of birds only increases our dataset and understanding of the islands' avifauna.

Back to Articles
View Featured Courses →